I got nominated by Natasha from Oblio and Arrow for the Liebster Award, thank you 🙂
@Natasha I love the movie Lost Boys too! Although I didn’t watch it at Christmas time 😀
The idea of the Liebster Award is to introduce newer blogs (with less than 200 Bloglovin Followers) to a wider audience, and give the bloggers a chance to share something about themselves.

These are the questions that Natasha asked:

1) If you could swap lives with someone for just one day, who would it be?

Josh Holloway.
A. I’d like to be a handsome man for one day.
B. Being able to surf would be nice!
C. I’d totally want to try peeing while standing up.

2) What’s the best present you have ever received?

Metin funded our trip to Berlin, that was pretty nice! We even got to see a Giant Panda in the Berlin Zoo.

3) Do you think any kind of afterlife exists?

No I don’t. But I do believe that the person who dies (temporarely) leaves some energy behind. The day after my grandfather passed away our TV was turned off while we where watching, and both my grandmother and aunt had a figurine that suddenly moved. He was always acting like some sort of clown/magician, so it was very typical ^_^ 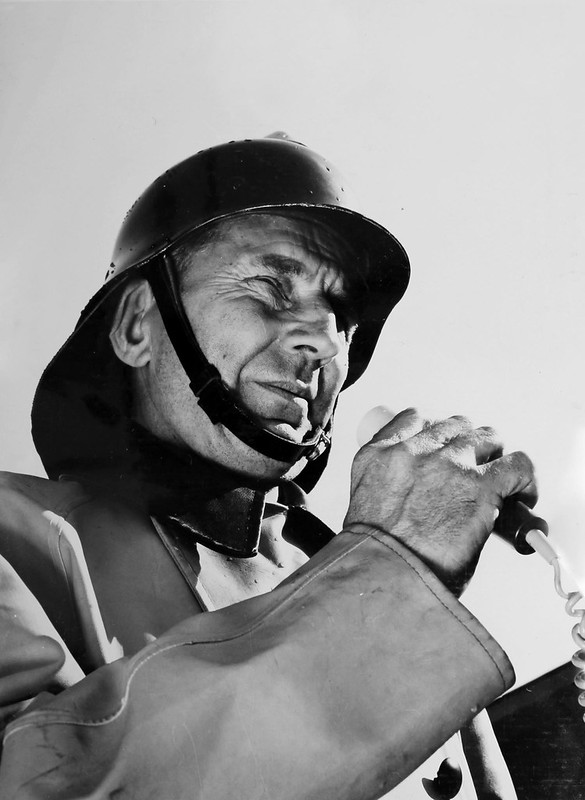 My grandfather as volunteer firefighter

That would be spiders, although I realize that they don’t classify as pets 😉 Also I have problems with caged animals that hardly get out. I once adopted a Vlaamse Reus -a giant bunny- that the owner originally wanted to turn into a Christmas meal 😦 Buffy was adorable, but I found it hard that she lived in a relatively small cage, so I ended up adopting her out to a woman who’s rabbits lived freely in her backyard.

5) If you could save just one animal species, what would it be?

Cats, because they are awesome, but unfortunately they are totally aware of this fact.

PRRRR, stroke me a little more my servants

6) What is the most regrettable item of clothing you’ve ever owned?
(Bonus points for a photo!)

A long knitted scarf. Usually I wear skirts, but this one particular day I went to a client and decided to wear jeans. The business appointment went well and I was merrily making my (long) way home, when -almost home- a boy stopped me. He told me that my scarf disappeared between my legs and it looked like I had a tail T_T

*no photo, but just imagine an unintended furry-like person*

I would wish that no-one would have a disease anymore and die at a respectable age.
To me it would be great if I could kiss the migraines and unhealthy skin goodbye.

8) What year would you travel to if Doc Brown offered you a ride in the DeLorean?

I’d ask Doc Brown to take me to 1972. I would purchase a house, tons of Kenner Blythes, keep one NRFB and sell the others for a lot of money. And if possible I would have a look at my parents at the time.

Probably singing on stage. At the time it felt like the worst thing to do, being so out of my comfort-zone. Also it took me some wine, but in the end I was glad I did it.

10) A radioactive spider has bitten you: what super power would you hope to contract?

11) Who is the weirdest celebrity you’ve ever fancied?

Though question, I don’t think that I ever fancied someone really weird. But I did fancy Koen Wauters (a Belgian singer) when I was younger.

There’s so much wrong with this picture, I don’t even know where to start… A year later I finally got decent wallpaper in my room and the poster was taken down by my (male) friends, haha. As you can see I had no sense of fashion whatsoever at the time.

11 random facts about me

My questions for the nominees

1) What made you want to start blogging?
2) What is your biggest dream?
3) If money were no object, what would you do all day?
4) What is your favorite country or place to visit and why?
5) Oops, you’re stranded on an island (with plenty of water & food). What three things would you want with you?
6) Name a movie and/or book that you recently watched/read and can highly recommend.
7) What do you collect?
8) What do you do to get “zen”?
9) What is the wisest thing someone ever told you?
10) What song do you like to sing out loud?
11) If you could learn something super fast (Matrix-style), what skill would you pick?