Metin and I went sightseeing in Ghent last week and really enjoyed ourselves. We had a taste of Belgian beer, wafels and visited a castle. Actually the castle was more about weapons and the torture devices during the Middle Ages, fun. A woman took a picture of her little son at the guillotine and Metin said: “Well, he couldn’t have been THAT misbehaved!” hehe. Later we learned from our Bed & Breakfast host that more people shove their kids under the guillotine for a nice family picture…

In town you can find these awesome octopus school crossing signs:

A while ago someone took my green container (in the Netherlands these are being used for disposal of vegetable, fruit and garden waste). I thought it happened by accident and waited for it to return. No such luck. So I called it in and received a brand new bin (^_^).
Fast forward two weeks later, I came home soaking wet from the rain and noticed my old container on the street! I gladfully took it home, only to have it gone missing again the next day. I did some research and discovered that a neighbour had stolen it. Gah (>_<)! His excuse? His own bin had been stolen, so he just took mine. I mean really, how sad is that. I told him I he could keep our stinking container and pimped our new one today. Unless there's a Bronie living in the neighbourhood, I think it will be pretty save from now on: 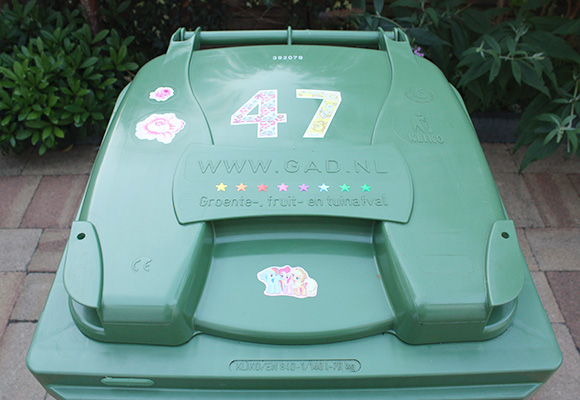 I couldn’t have pulled it off without the help from Catootje. And Metin. He rescued me from a spider climbing up my skirt. 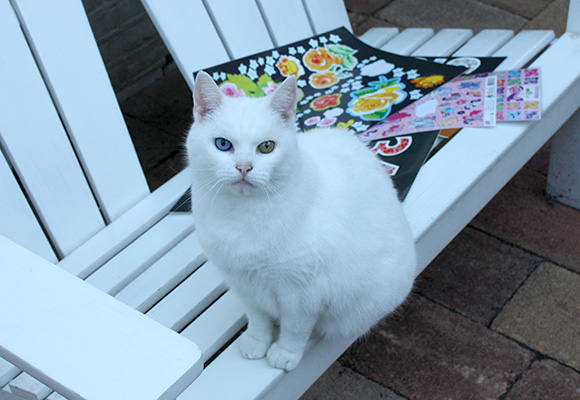 One thought on “Pimp Your Container”